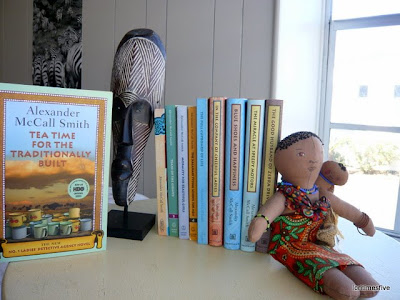 Do you know Mma Ramotswe and Mma Makutsi? Have you had a chance to read any of Alexander McCall Smith's novels, "The #1 Ladies Detective Agency"? If you haven't I think you are in for a big treat. Some have described his work as too slow. But that is missing the point I think, that's one of the things I love the most... the wonderful pace...


"The great things about these novels is that they are SLOW: the pace is leisurely and they induce a wonderful sense of calm in the reader. This is why they are so popular and it is what makes them so readable - all that, of course, as well as the superb sense of place you get in these novels, their magnificent evocation of the African atmosphere from someone who was born and raised in the area and the totally brilliant sense of characterisation that makes them so real."(review from amazon, this writer has a beautiful way with words, don't you think?) 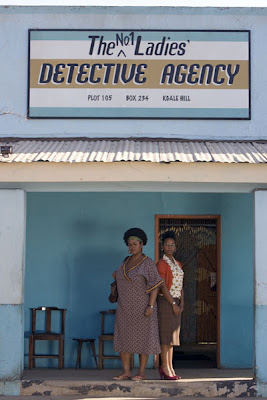 Last year these books were brought to life as a made for television drama series produced by the BBC in conjunction with HBO. That was great news unless you didn't have HBO, like me. :(


But now, for the good news, the first series is being released in three days (in the U.S.), September 9th, and sold as a boxed set of six episodes! 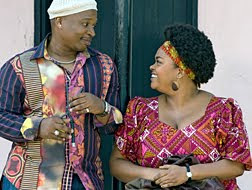 This is the first major film/TV project to be shot entirely on location in Botswana. Oh you don't have to be in Botswana to enjoy this, or even in Africa. Jill Scott who plays Mma Precious Ramotswe is charming and so perfectly cast... 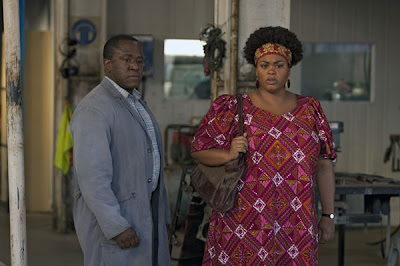 ...and Lucien Msamati as Mr. JLB Matekoni, Precious's love interest, is exactly right for his role... 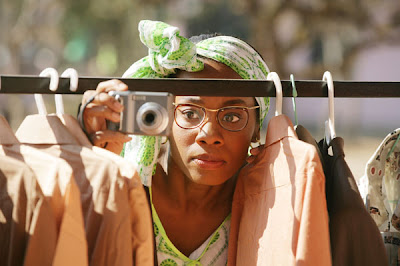 
The pilot (which debuted on the BBC in 2008) is the last film directed by Anthony Minghella ('Cold Mountain,' Best Director Oscar® for 'The English Patient'), who co-wrote its script with Richard Curtis (Oscar® nominee for 'Four Weddings and a Funeral,' Emmy® winner for HBO's 'The Girl in the Café'). The pilot was produced by the late Sydney Pollack (Oscar®-winning director of 'Out of Africa' and 'Tootsie'), Timothy Bricknell ('Cold Mountain') and Amy J. Moore.
Can you see the talent behind this?

"...there is no violence, no bleakness, only light, color and joy...under an echoing African sky...and a bit of mystery too! " ~ Alexander McCall Smith

I hope you'll get as much pleasure from these books and films as I have, Thank you Mr. Smith!