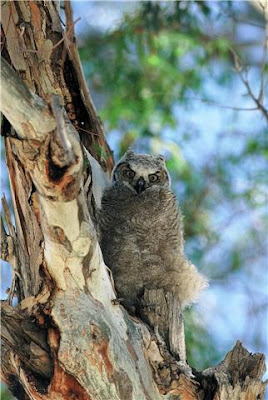 while camping in the carrizo plain last week, chuck and owen (our puppy) came across this great horned owl ! this darling guy is just a chick, no wonder owen was so interested in him, it must have been a very milo and otis moment! these two youngsters wanting to play together! (i know i know, owlet probably really just wanted to eat owen!)

there were a couple questions in the last comments about the rattlesnake they came across, and how owen reacted. chuck said they were walking along (puppy on a short leash, just too many dangers out) when owen suddenly stopped and became still and then very agitated. luckily chuck looked around before going any further. they heard the hissing first, there, in the long grass, was the rattler. they moved away without disturbing it (owen already backing up), but not of course before chuck took some photos.... 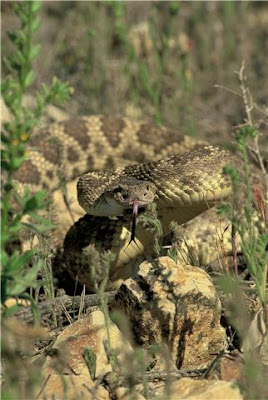 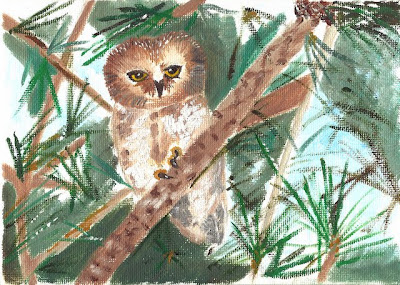 back to owls, i pulled out my bird books and made an attempt at painting my own owl. HELP! this is the first time i've tried oil paints and i think i did it all wrong. what do i do now? i am stuck. i think the background should have been painted first? i like the little eyes and his talons but the rest looks, terrible. this isn't at all like watercolor. :( 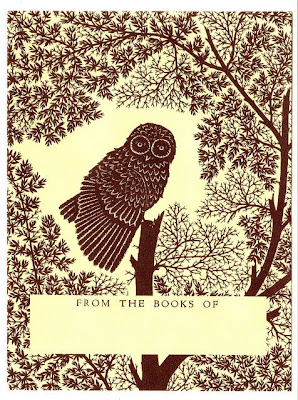 not really meaning for this to be an owl post but i couldn't seem to stop myself ( i have more, did i mention i have a collection of owls too?) these are vintage bookplates a friend gave to me. i thought you might be able to print them out and have your own. if you like owls and bookplates. they are really very lovely i think.


and last, if you'd like to see a live owl in a nest box , go here to meet molly, a wild female barn owl, and her husband mcgee. her chicks were laid in february, and hatched in march. don't forget to turn up the sound to hear the cheep cheep cheep.