and then you dance... 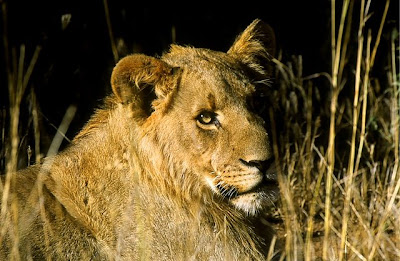 I really am going to change the subject! right after this post, there will be no more talk of Africa... until we get back.
I'm 99 % sure.
I just found something I wanted to remember and share. One of the places we'll be staying is Mana Pools National Park. We learned that it's best reachable by canoe or small plane. Which means the roads in the park are not easily accessible. Which means much of the safaris are on foot.
From The Lonely Planet : "perhaps Mana Pools' greatest appeal lies in its concession to those who want to walk in the African bush. Some people won't be able to get enough bushwalking while others, especially after a tense night of unsettling noises, may be put off by the prospect." It goes on to say that the risks are very real, but following time~honored guidelines will practically ensure only pleasant encounters. 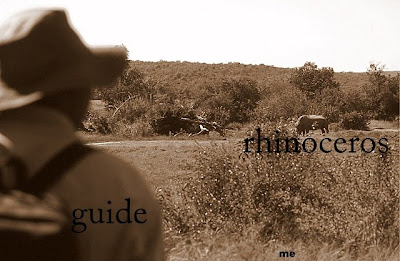 (hi! i'm down here)
Some Safety Hints:
* if you meet a wild animal, never approach too close, especially to buffalo, rhino and elephant. Approach from downwind and keep a sharp lookout for the lone animal that may be behind you.
* when walking along river banks, beware of logs that could turn out to be crocodiles and steer away from hippo runs.
* try to stay out of heavy bush or high grass where you can't observe what may be lurking ahead. If you must pass through such areas, climb a tree every so often and have a good look around before proceeding. Watch for ripples in the grass.
*while avoiding the big guys, don't forget to watch where you're putting your feet. Snakes also thrive along the middle Zambezi. A black mamba rears up when frightened. Stand still and it will slither away. Hopefully.
*if faced with a lion, never run, especially in the case of large cats. Keep quiet, and slowly back off. Or your retreat may trigger their reflex to give chase.
*don't even think about swimming in the Zambezi.
*Beware of crocodiles at the water's edge, they sneak up from under the water.
* Under certain circumstances it doesn't hurt to pray. Softly. 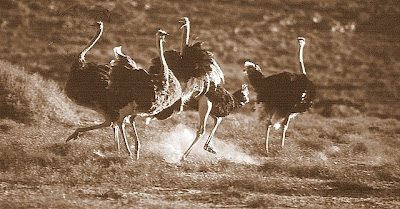 And then dance for the sheer joy of it all!