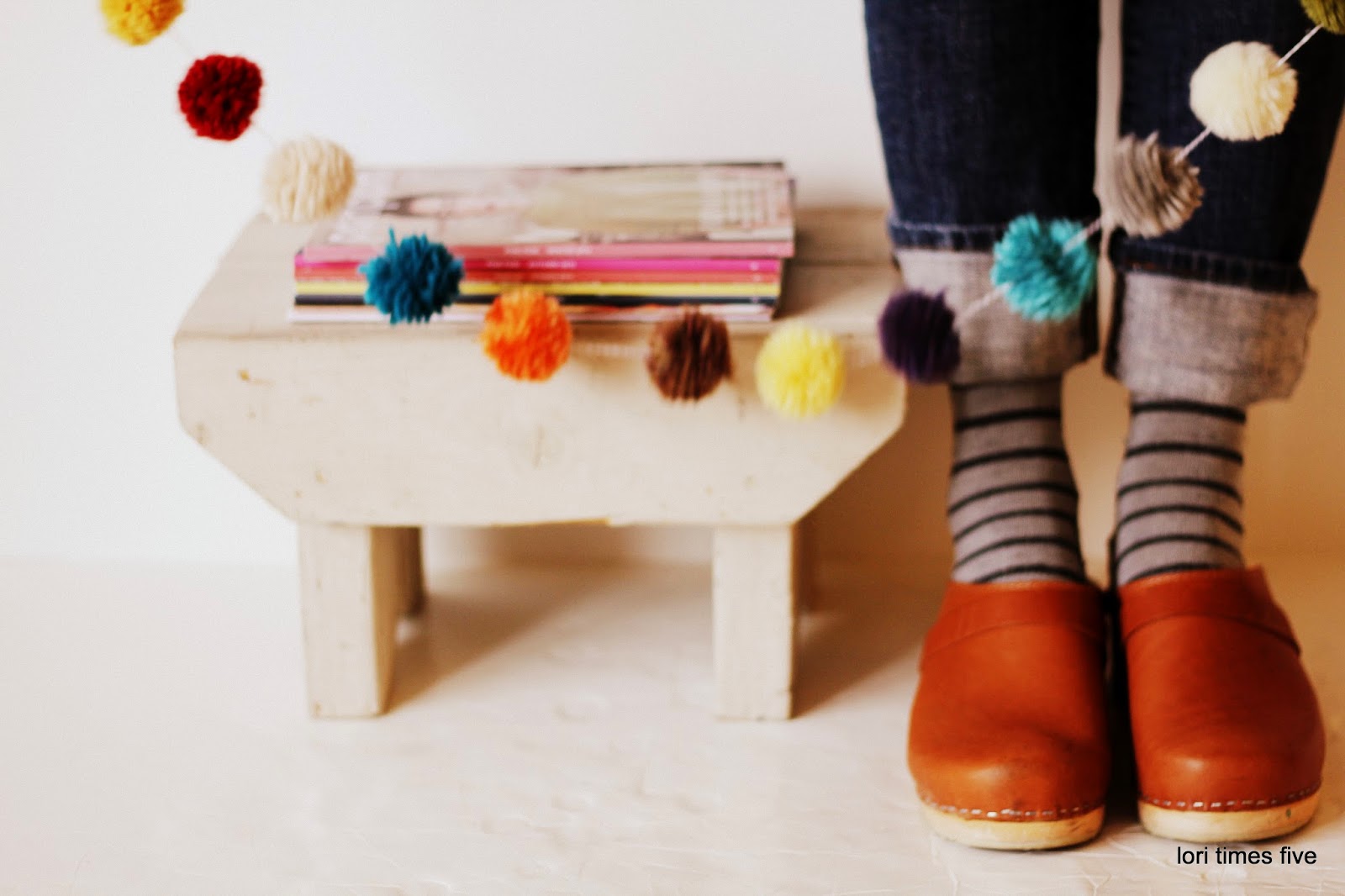 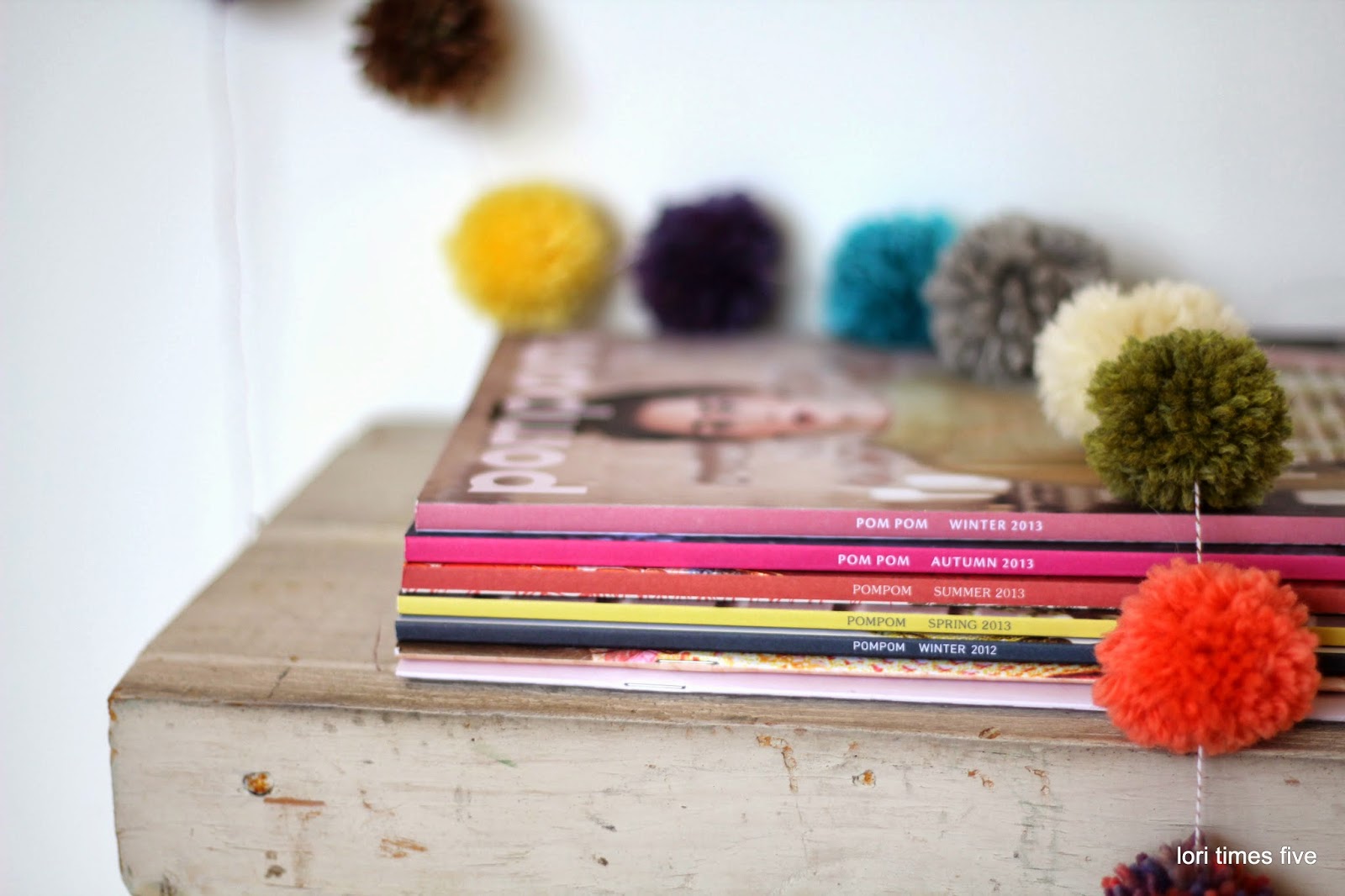 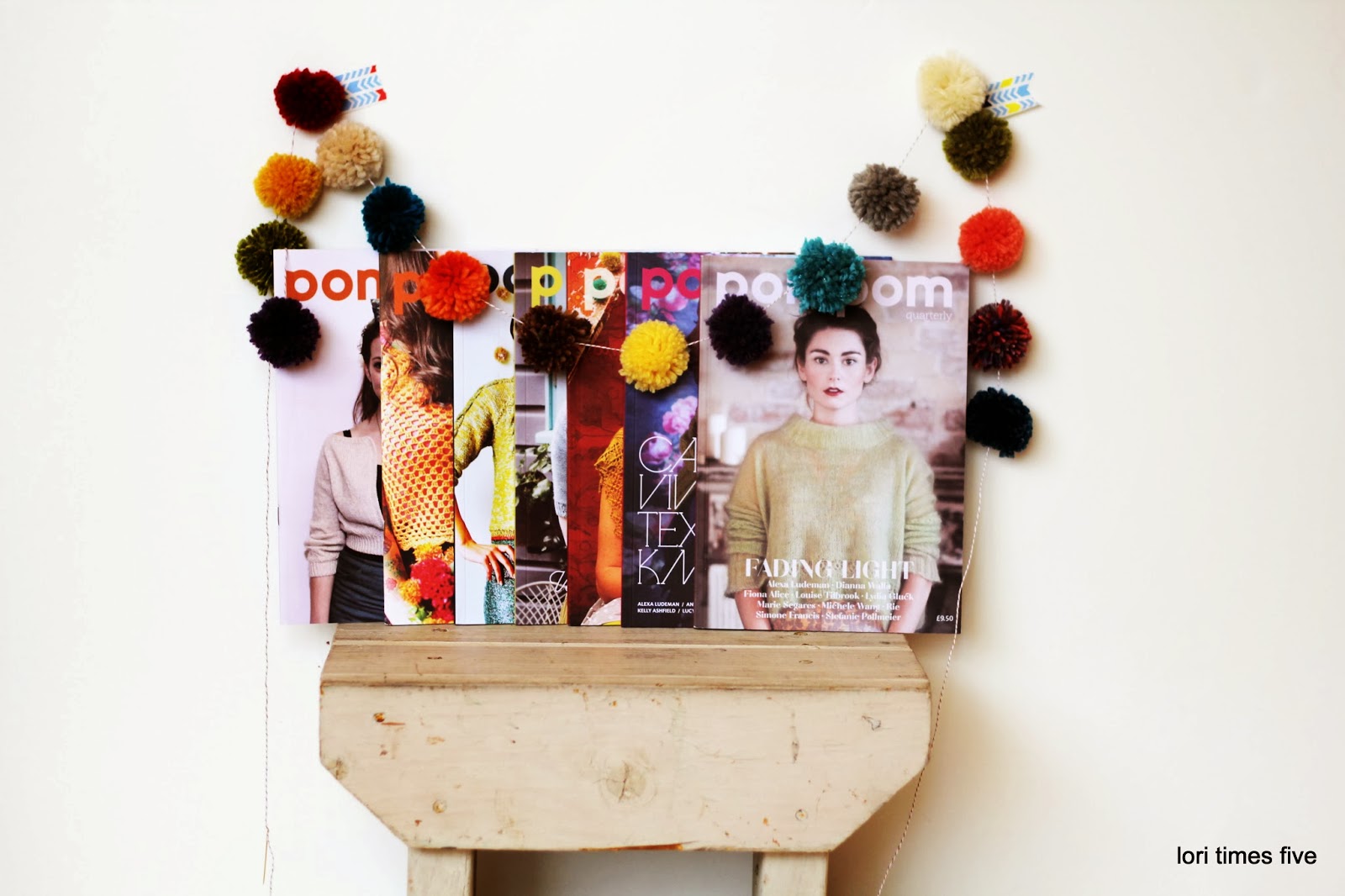 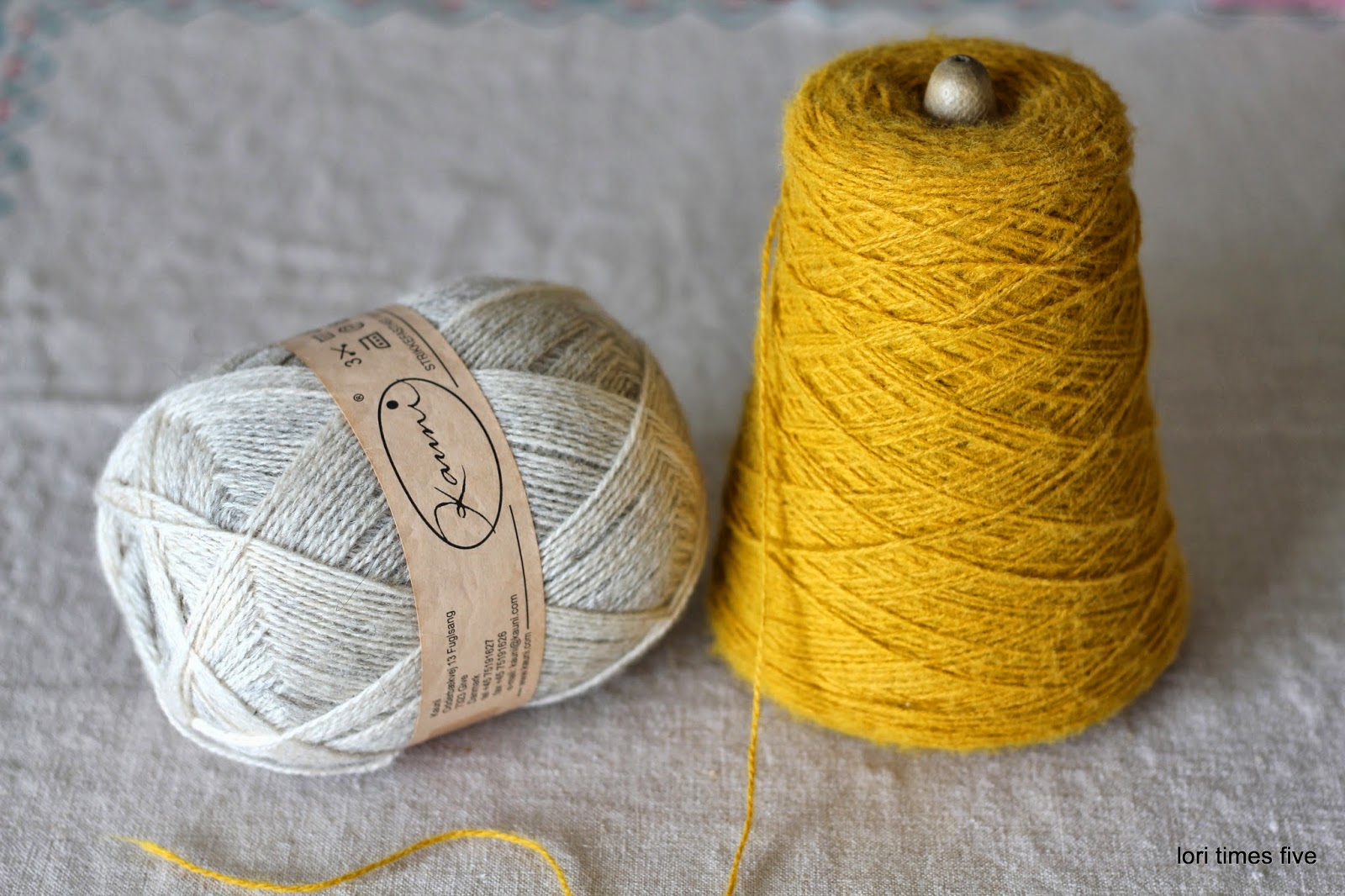 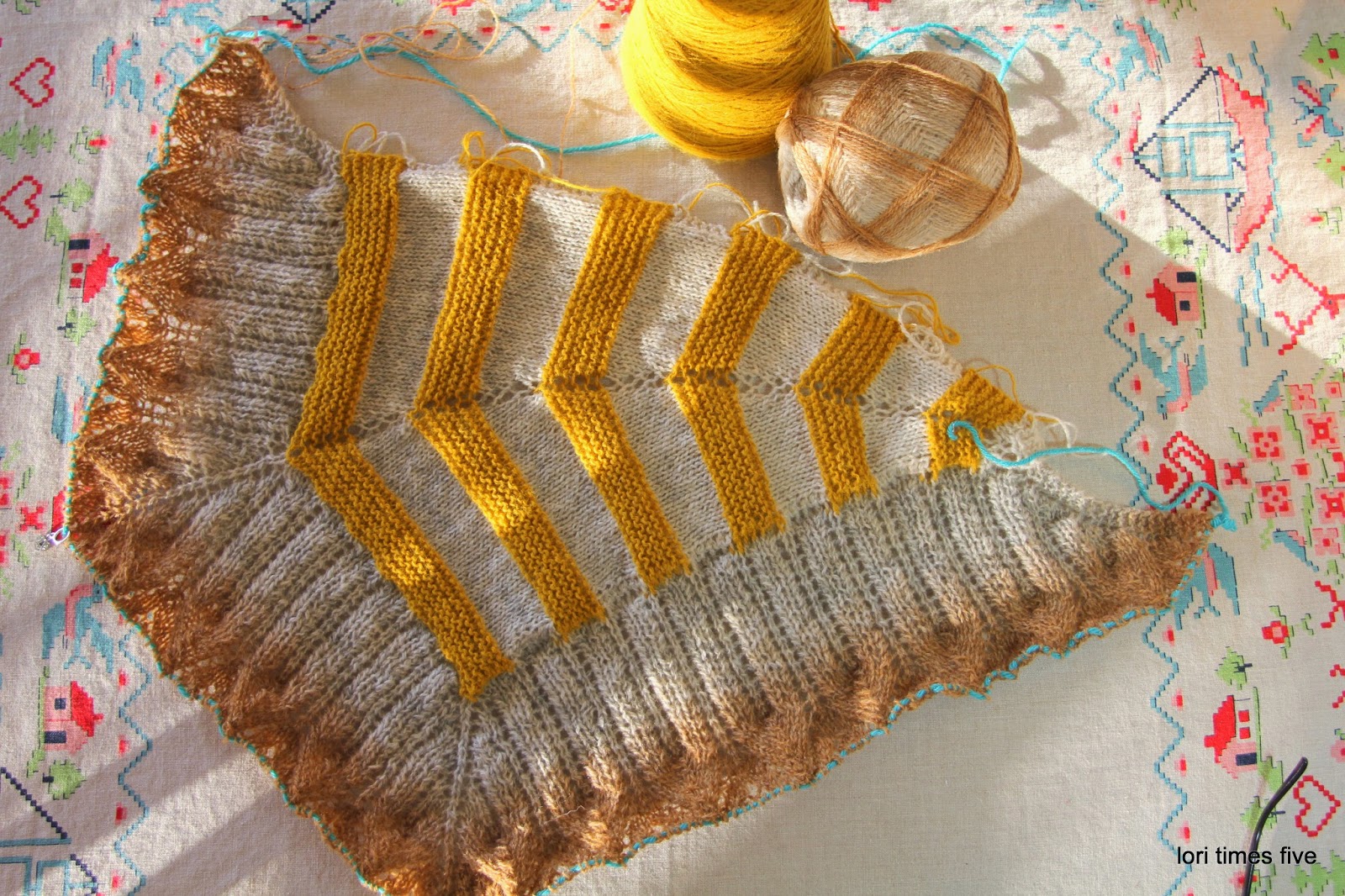 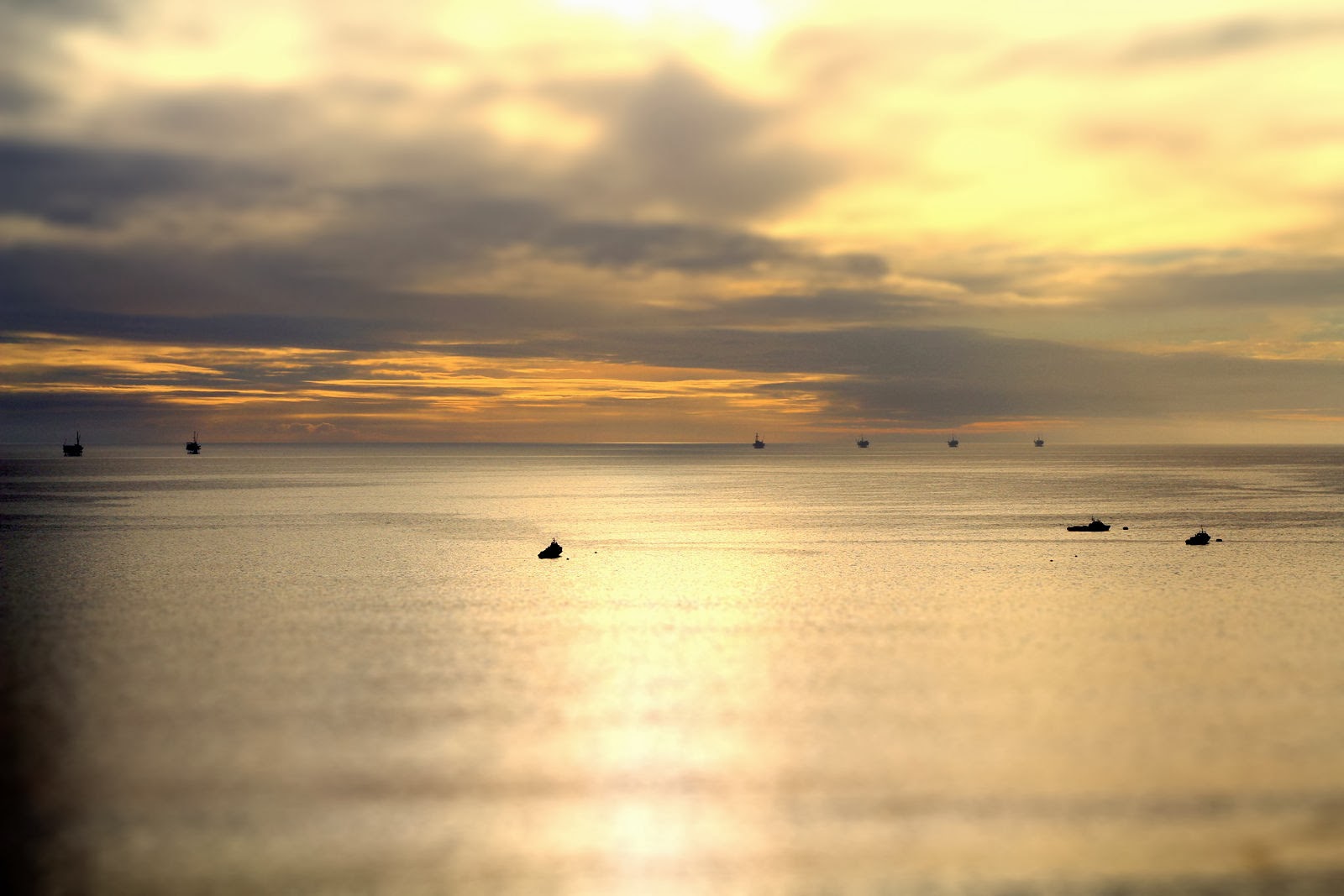 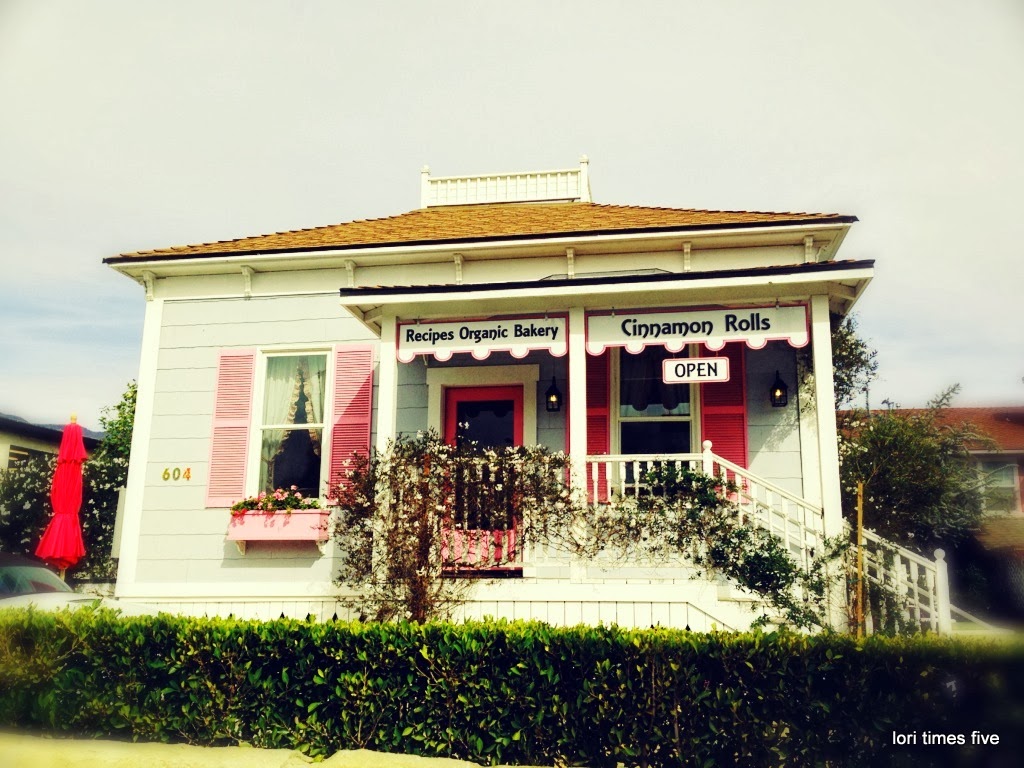 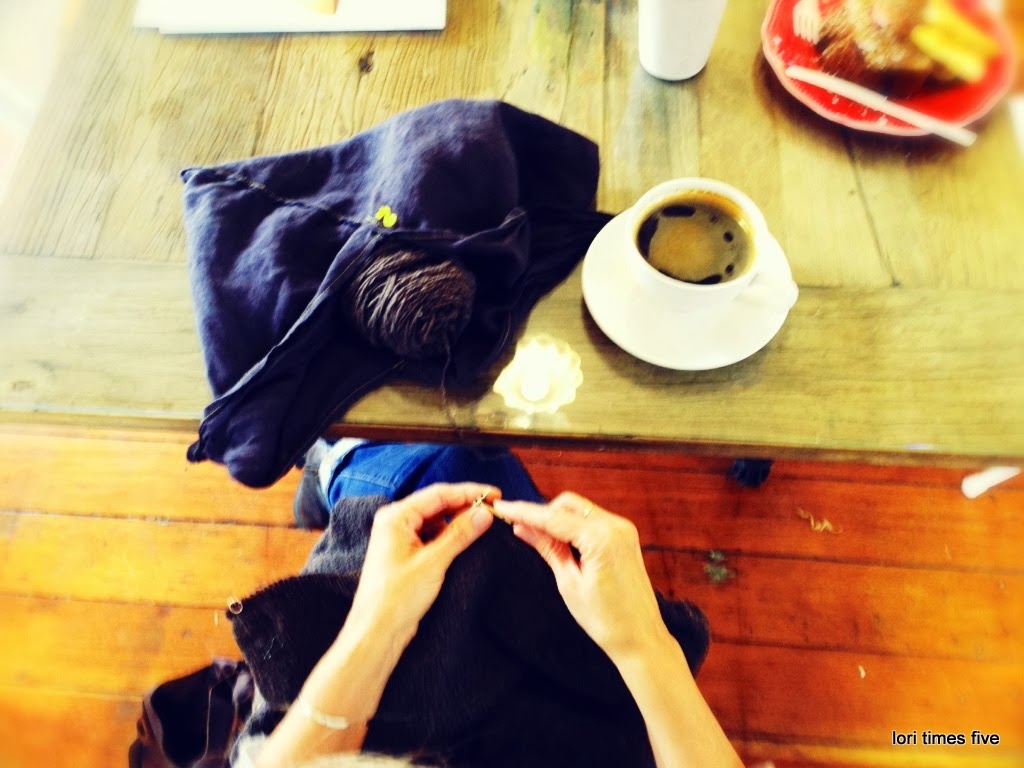 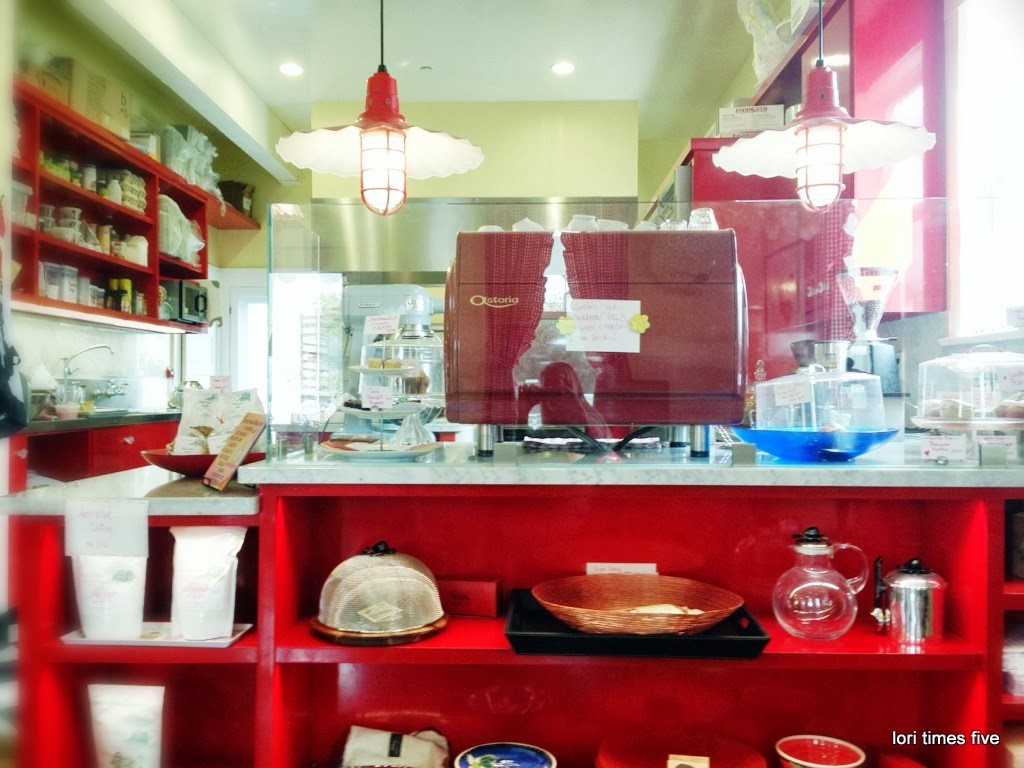 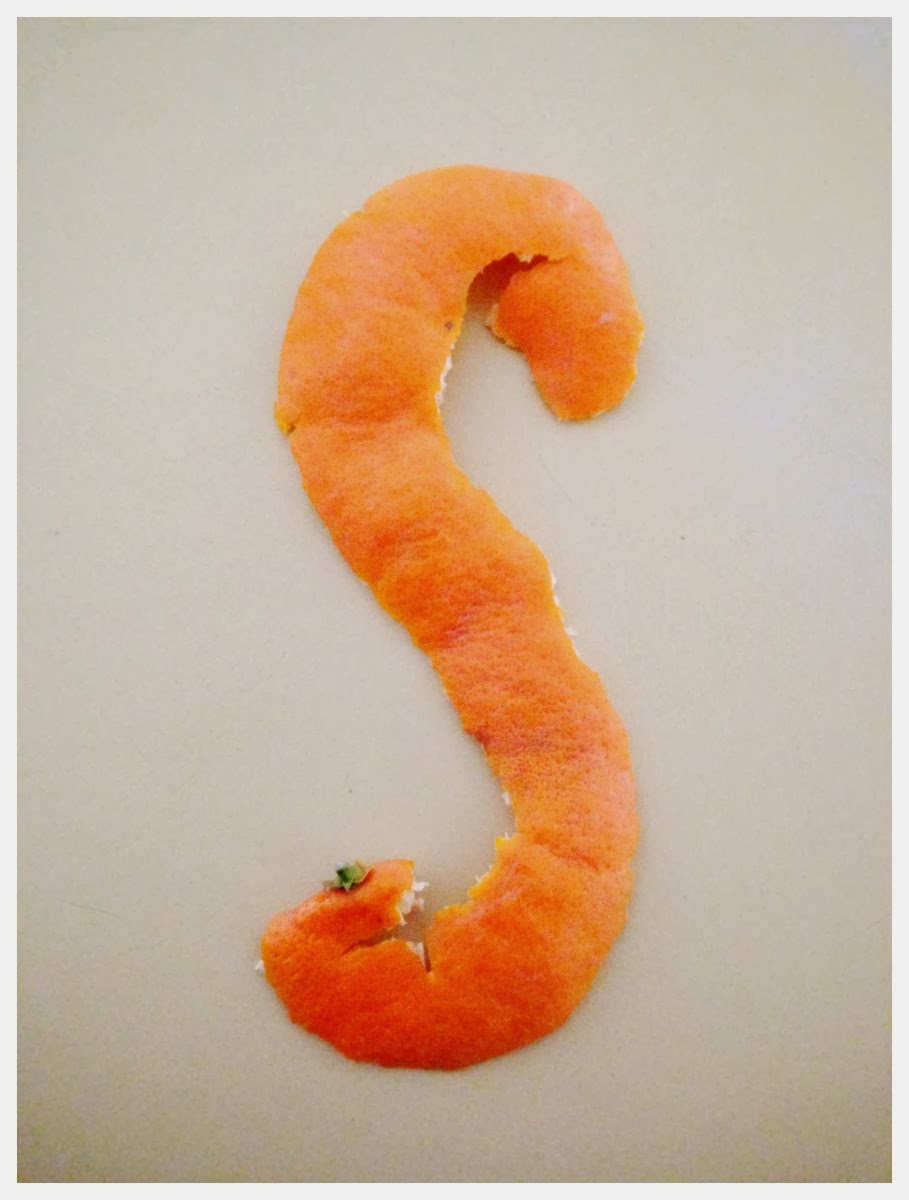 this week i made pom pom's. they are addicting to do! it would be fun to see them all around my studio, pom pom's are sweet and colorful and happy. but before using up the worsted, ' favorite things' scarf (seen directly above) needs finishing. there is a new love (obsession) around here. pom pom quarterly magazine! in december, after seeing an issue, a resolution was made to collect every copy, there are seven so far. i checked their website, and etsy and even ebay for copies, with no luck. what to do what to do?? the stockist's! i wrote to every single stockist on pom pom's site. not sure what to expect, would anyone reply? would there be any magazines out there? the next morning (after staying up till three am emailing) i woke to a jam packed mail box! oh my gosh the responses! so many kind people everywhere! one by one every issue was located. yippee!

the shawl in progress is ysolda's mystery knit along (i hope it's okay to share?). it has been so much fun collecting these clues every monday, which also made it difficult to decide which to knit. so i'm making three. this one is in time out, still deciding if the colors are working. the kauni is ombre creme wool and the mustard is a mystery vintage wool. i found the cone at a thrift shop for one dollar! it's soft and knits into a pretty fabric, just not sure of the colors together...we've had some epic winter sunsets, and finally even a small amount of rain this week. aren't the shades of the sunset and the shawl very similar?  hmm, we found a new to us coffee shop, chuck had a hard time deciding what to order, but ended up choosing the grilled home made banana bread with caramelized bananas and raspberry infused butter. i had new zealand style coffee, a long black. and did you see my husbands contribution to this weeks creativity? he peeled a tangerine into a perfect S. hee hee  ;)
xxxxxxxxxxx

* if you have an interest, more Africa with lori times five can be found here and here! and here!
* joining with ginny here

Labels: knitting, rhino africa, where we live, yarn along