HOW KNITTING SAVED THE DAY 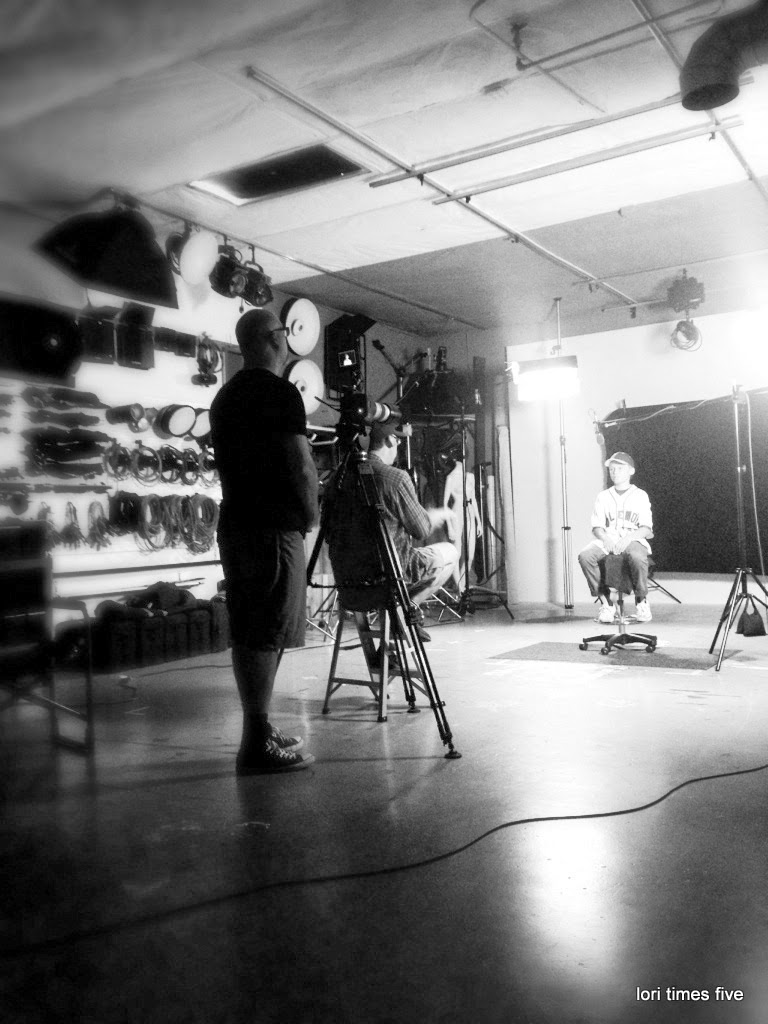 yesterday, my darling grandson had a commercial to film, his mama was working so i had the honor of taking him. soon after camera's started rolling, one of the producers shouted 'stop!' he then ran up to travis, said excuse me, and pulled off the baseball cap trav was wearing (that they had provided). he said 'this string is driving me crazy'. and he began trying to pull off stray pieces of thread from the cap. immediately realizing the folly of his action he hollered again 'i need scissors!' that prompted all four commercial makers to turn on their scissor radars and begin searching.

can you guess where this is going? i had been sitting and watching and knitting. and being really really quiet (as i'd been directed). i thought to myself, i have scissors. speak up lori! 'excuse me. i have scissors'. oh! they exclaim! grandma has scissors. rushing over (time is money!) i snip snip snip the offending threads and production continues. i suppose i could have named this post grandma saves the day too, hee hee ;)
happy spring weekend everyone!