This is my onehundreth post! I found the perfect way to celebrate the occasion. When I started out blogging I wasn't sure that it would continue past ten or even five posts and now here's One Hundred already. I'll not talk about the many ways in which blogging has changed my life, that would surely deserve a post or two of it's own, but I'd better get on this, reading one hundred things about a person is enough to get through in one post (if you make it to the end!) ...

This meme is from Lola, I think it's called the One Hundred meme, and if you'd like to do it too the directions are below...


The instructions are simple: just copy the list of 100 accomplishments, highlight the ones you've achieved in bold, and elaborate as desired. You can also add color, cool heh? :)

1. Started my own blog. Not quite a year ago. Last august. Did you know you can have your blog printed and bound, your own blog book?!

2. Slept under the stars. As many times as there are stars. well, alot :)

4. Visited Hawaii. Too many times to keep count. I lived there twice. Had relatives there. Almost gave birth there. My son went to University there for four years. Got engaged there. I love Hawaii. 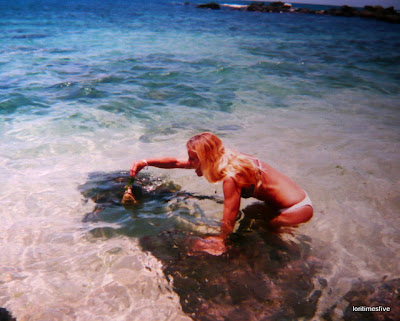 Here in Hawaii feeding a GIANT Sea Turtle! it's not legal to touch them so I sort of just dropped the seaweed into it's mouth. photo by my son Kyle.

6. Given more than I can afford to charity.

7. Been to Disney World/Land. Both, Florida and California.

8. Climbed a mountain. Two so far, Mt. Whitney~tallest mt. in the contiguous U.S. and Mt. Langley. SO MUCH FUN. a little scary, alot of work, but really FUN. 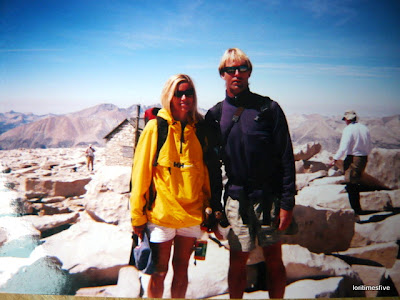 11. Bungee jumped. My boys did in New Zealand and my husband tried his best to talk me into going double with him. I hid in the car.

13. Watched lightning at sea. Once on a boat out in the Indian Ocean almost 100 miles off the coast of Sumatra, it was spectacular and frightening at the same time.

14. Taught myself an art from scratch.

15. Adopted a child. Child sponsorship only.

16. Had food poisoning. yes. many times. i try to forget.

18. Grown my own vegetables.

20. Slept on an overnight train. (this is one i want to do like Darjeeling limited)

25. Held a lamb. Does petting one count?

26. Gone skinny dipping. In the pacific, Atlantic and Indian oceans, oh and in a pool in Africa, no one was around, ha!

27. Run a marathon. does a half count? I ran a half, twice. and i think that's far enough.

28. Ridden a Gondola in Venice.

30. Watched a sunrise or a sunset. Almost everyday.

36. Taught myself a new language.

37. Had enough money to be satisfied. sometimes...

39. Skimmed the surface of water on water skis.

41. Sung karaoke. this would be worse than bungee jumping for me.

43. Bought a stranger a meal at a restaurant.


45. Walked on a beach by moonlight. well, of course,we live at the beach, but the most memorable would be on my honeymoon in Western Samoa, bliss... 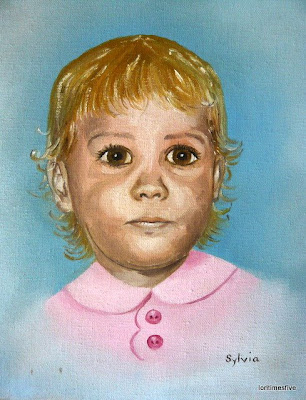 49. Been to the Sistine Chapel in person.

50. Been to the top of the Eiffel Tower in Paris.

51. Gone scuba diving or snorkeling. I was certified at age 9, well, a Jr. certification. But diving scares me. I'd rather go snorkeling.

56. Visited the Great Wall of China.

61. Sold Girl Scout cookies. I think my Mom bought them all from me.

63. Got flowers for no reason. Which is the best reason!

68. Flown in a helicopter. Over Kilauea, The Big Island of Hawaii. I can't find those photos, hmmm...we flew right over the bubbling lava!

69. Saved a favorite childhood toy up until my late 20s.My Mom saved it first, but now i have it.

73. Stood in Times Square. I'll be standing there soon again, my youngest son is transferring to a University in Manhattan. In August. :(, no, i mean :)

76. Seen the Changing of the Guard in London. I saw where they do the changing...

77. Broken a bone. My sternum cracked, snow skiing in Jackson Hole Wyoming. That led to #46.

78. Been on speeding motorcycle. My son's, never again. *shudder*

79. Seen the Grand Canyon in person. I wish everyone could see it.

80. Published a book. Been published in a book, does that make sense? my photos are in a book, there, that's better!

84. Had my picture in the newspaper. 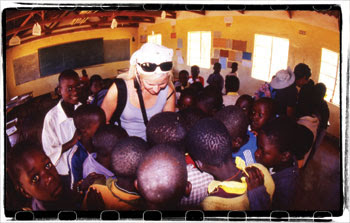 Here is a photo (and article) that my husband did on our recent trip to Zimbabwe. If you'd like to read it go to http://www.vcreporter.com/. Photo by Chuck Graham.

87. Killed and prepared an animal for eating. yuck.

92. Joined a book club. And then dropped out when I didn't have time to read the book!

94. Had a baby. Five beautiful babies.

100. Ridden an elephant. I don't know if I want to ride one, have you seen how BIG they are?