lobster and the game 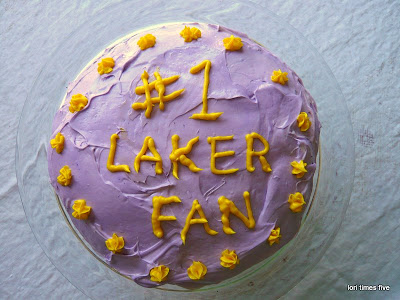 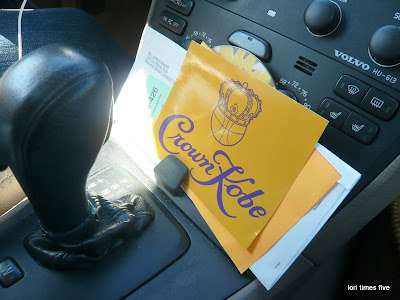 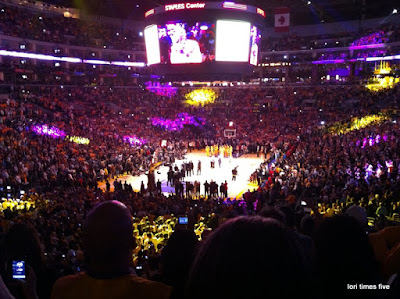 It has begun, basketball season. the Laker's are number #1 around here. My husband, is a life long fan. And he has company (well yes, there are alot of fans), Hannah (my girl) now loves them too. They call each other during games 'Can you believe this? or that?' haha. My sister is a fan too! yes! she is a big huge fan. I made this cake for Chuck last year when the Lakers won the championship. Lindy said 'where's mine?'. Here is her iphone photo of the Laker's receiving their rings at the first game of the season last week...so far Owen hasn't shown much interest, but i wouldn't doubt if he became the next faithful fan, he would like a cake too i'm sure. 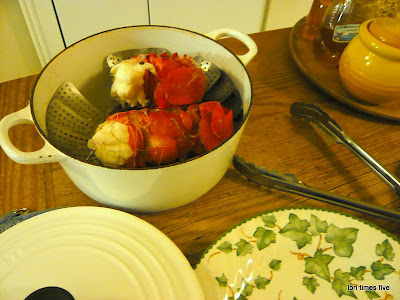 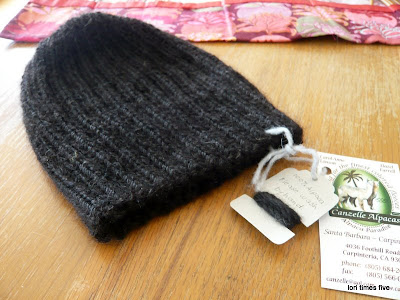 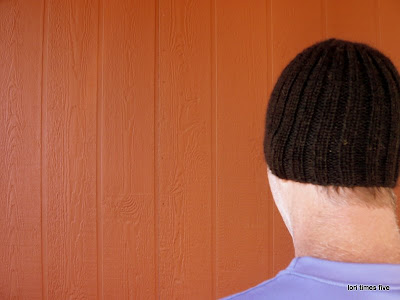 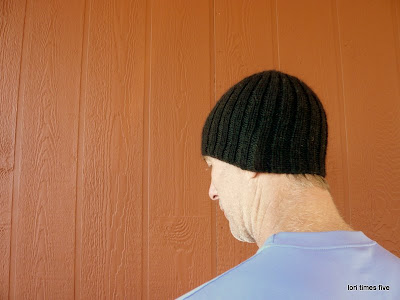 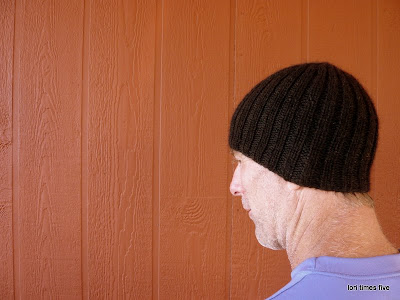 A friend of ours, who has started a lobster diving trapping business offered Chuck these two tails last week. Oh my gosh, for me it was mi cielo (my heaven). We thought a good thank you was in order. Chuck said knit him a hat! So i did. From the alpaca wool we got last week. Here is Chuck modeling for me. It was a very simple pattern you can find here.
I think Santa will be putting one in Chuck's stocking this year since he seemed to like it very much. 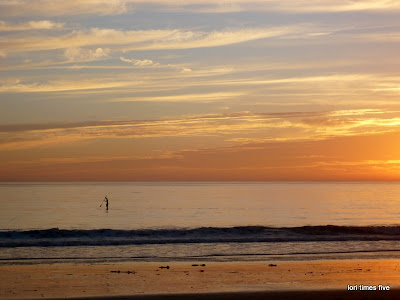 we've had dramatic weather this weekend, it began hot, in the high 80's, then as a new storm approached clouds filled in and temperatures cooled. The tide dropped to a super low and it was possible to walk for miles on the beach. 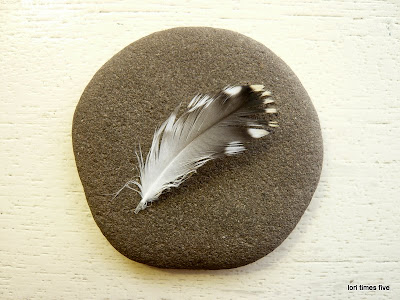 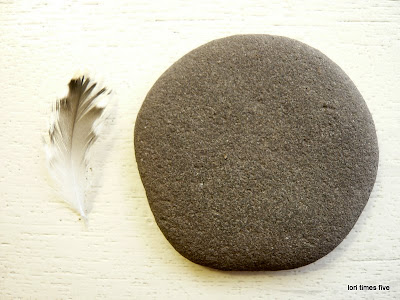 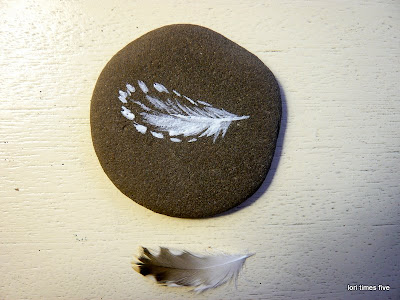 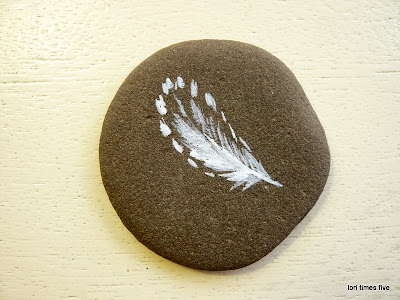 i found this lovely roundish black stone and this tiny feather. i tried to paint it. but it was hard.

Labels: Family, knitting, nature, the beach, where we live