It's all about these guys 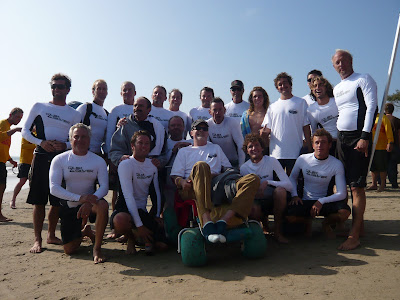 In all there were about 12 boats, 50 paddlers and countless volunteers and supporters.I don't know yet how much money was raised, it's still coming in. 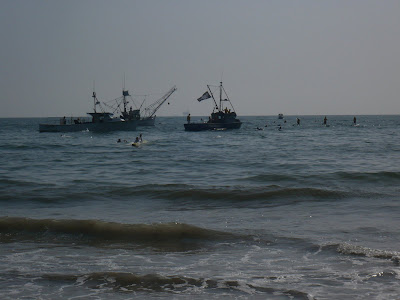 The energy and emotion on the beach was palpable as they neared the shore. The paddle took them over 30 miles across the channel and in all it took about 8 hours. I was trying to pick out faces I knew, looking for my husband. He had called me from the boat right after they left the last oil derrick. He said they would be in between 3:30 and 4:00p.m. 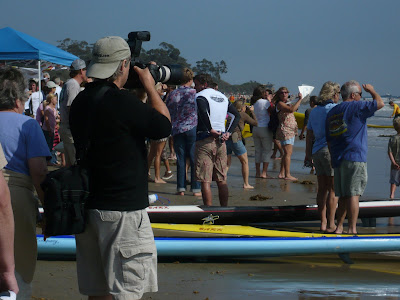 Tom was brought down to the oceans edge in a wheelchair outfitted for the sand. One by one each paddler stopped in front of him to say hey, give a hug, hold his hand. He can't talk or move. I can only imagine what he was thinking. His wife stood behind him, she's an ambassador of optimism, hope, peace and humility. She is everything one would hope to be. She humbles me to my core. 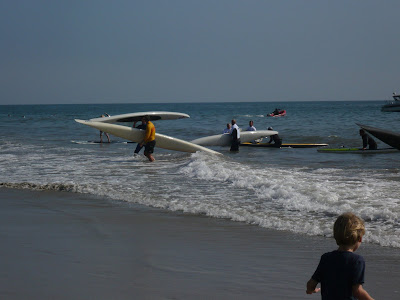 I see him. Finally. He held me. He said he had a lump in his throat. And then that's when I cried.

What is it about seeing men cry? Here were all these beautiful, strong, athletic men hugging each other, fighting back tears . Powerful stuff. 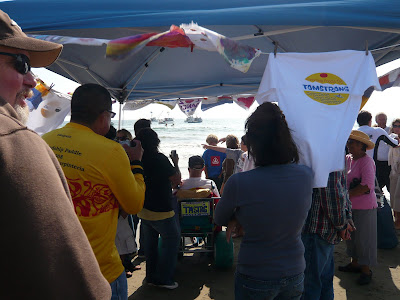 If I could have taken all the love, friendship, community spirit that was on the beach this day and put it in a bottle...

And then if I could take this bottle and fly over the earth sprinkling it everywhere on everyone...

It could heal the world.

Labels: channel islands, kayaking, life, the beach, where we live